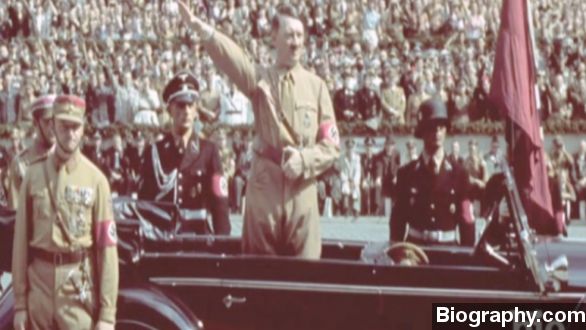 The Bavarian town Dietramszell initially decided not to revoke Hitler's citizenship but backlash prompted them to take another vote.

A German town decided to revoke Adolf Hitler’s honorary citizenship but not until after causing public outcry for initially choosing not to. Let me explain.

In 1933, Adolf Hitler and the president who appointed him German chancellor, Paul von Hindenburg, were granted honorary citizenship by thousands of German villages and towns as a gesture to show their alliance. (Via About.com)

After the fall of Nazi Germany, some towns promptly took back their citizenship offers. But many of those citizenships remained on the books. (Via Biography.com)

Enter: Dietramszell. It's a Bavarian town that acknowledged its honorary citizenship for Hitler still existed. (Via Bavaria.us)

When the town council voted last week on whether to revoke it, the vote was split — with eight voting for and eight voting against. (Via New York Daily News)

Commenting on the vote, one council member said, “[Revoking his citizenship] would be a distortion of history, the whole debate is laughable.” (Via BBC)

And, as you can imagine, the split ballot triggered enough backlash to make the council re-think the move.

After powerful testimony from a woman who lost her family in the Holocaust, the council voted again and unanimously agreed to strip honorary citizenship from both Hitler and former German president von Hindenburg. (Via The Telegraph)

The BBC reports more than 4,000 towns awarded honorary titles to Hitler and that, with the help of enhanced research techniques, more of those records will likely be rediscovered in other cities.