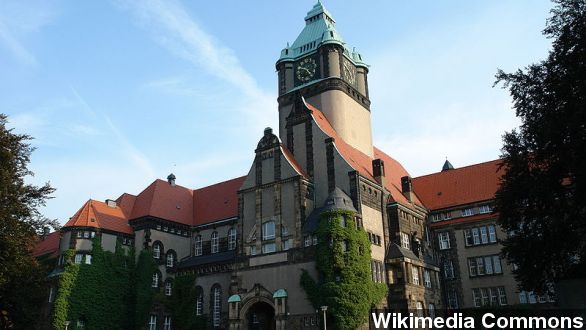 Students at Dresden University of Technology in Germany were told they were expelled from school due to a mistaken email.

Uh... whoops. A university in Germany accidentally sent notices that it unenrolled every single student attending the school. Yikes.

Der Spiegel reports over the weekend, about 48,000 students and even faculty at Dresden University of Technology in Germany woke up to an unsettling sight — an email saying they had been expelled from the university.

And it wasn't a scam. It was from the official university email.

The emails read, "Your logins will be locked in twelve days. This is happening because you have been unenrolled as a student, your contract is up or your guest logins are no longer valid. Please ensure you have saved any information that may be contained within these logins." (Via The Local)

Not surprisingly, this caused widespread panic among the tens of thousands of students who fired back emails with their personal official documents saying they were, in fact, members of the school. (Via YouTube / TUDresdenTV)

While some decided to update the school's Wikipedia page to "0" students enrolled. It's since been changed back. (Via Wikipedia)

The emails were sent out  Friday night, but staff reportedly weren't able to address the problem until Monday. The university spokesperson said a human error related to a software program caused the mistaken emails. (Via Elite Daily)

So, students of Dresden, don't worry, you're still enrolled. University staffers, don't fret either — a school email malfunction like this probably could've been more embarrassing.

Like the University of Iowa teacher who accidentally sent homemade pornographic photos of herself, instead of answers to math problems, to students. (Via Daily Mail)

Or like the situation at New York University. Students figured out clicking "reply all" on the university's school-wide emails allowed them to write their own mass emails. Students wasted no time sharing Nicholas Cage photos and questions like "Would you rather fight 100 duck sized horses, or 1 horse sized duck?” (Via The Huffington Post)

We'd go with 100 duck-sized horses. TU Dresden says the email and the situation has since been fixed.