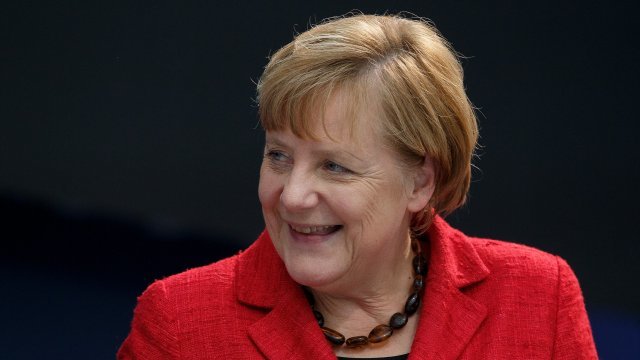 Germany's center-left party had refused to form a coalition with Chancellor Angela Merkel's party but now says it's open to the idea.

German Chancellor Angela Merkel got a lifeline for keeping her job this week after the leader of her party's main rival signaled he was open to coalition talks.

Martin Schulz, who leads the center-left Socialist Democratic Party or SPD, had ruled out joining another government run by Merkel's center-right party. But Schulz now says he'll meet with Merkel and let his members vote on a coalition deal.

This doesn't mean the SPD is eager to link arms with Merkel. The SPD has been working with Merkel's Christian Democratic Union party for the past four years — and some party officials blame that cooperation for the SPD's drop in the polls.

Still, Merkel has suggested she'd rather hold new elections than govern as a minority party, and the SPD likely doesn't want to risk another dismal election result.

And a grand coalition would preserve Germany's recent trend of centrist governance, which has been under increasing threat. The most recent elections saw far-right and far-left parties win more than a fifth of the vote.