Germany, Turkey At Odds Over Recognition Of Armenian Genocide 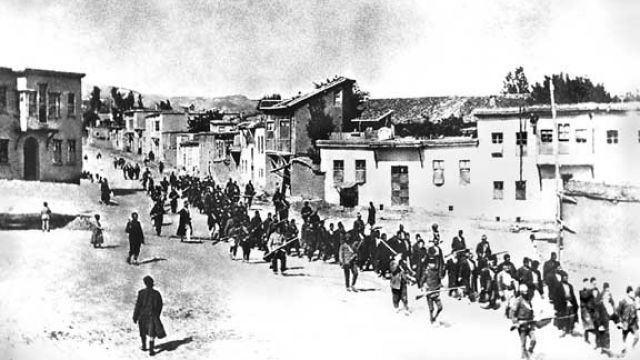 Germany's Parliament has recognized the 1915 killing of Armenians as genocide and quickly received backlash from Turkey.

Germany is the latest country to recognize the mass killings of Armenians in 1915 as genocide.

In the early 1900s, the Ottoman Empire — part of modern Turkey — is thought to have killed 1.5 million Armenians and forced others out.

For Turkey, genocide has become the "G-word" — off limits. So the country was obviously not happy when Germany's Parliament passed the resolution Thursday by a "striking majority."

Turkey's foreign affairs ministry suggested Germany passed the resolution because it was "Turkophobic" and "Islamophobic."

To be clear, a genocide is motivated by wanting to get rid of a group of people — like for ethnic or religious reasons — and often carried out by mass killings.

Armenians were a mainly Christian minority in the largely Muslim Ottoman Empire.

While the term genocide didn't come until after the Holocaust, Armenians have been — especially recently — pushing for countries to pass legislation recognizing the killings as genocide.

For Germany to recognize this means likely straining migrant deals with Turkey. Many Syrian refugees go through Turkey to get to Europe.

Last year, the European Court of Human Rights said it wasn't illegal for countries to deny the 1915 events.

This video includes clips from United Nations, TV Artsakh and German Parliament and images from The Library of Congress and American Committee for Relief in the Near East. Music is "CGI_Snake" by Chris Zabriskie / CC BY 4.0