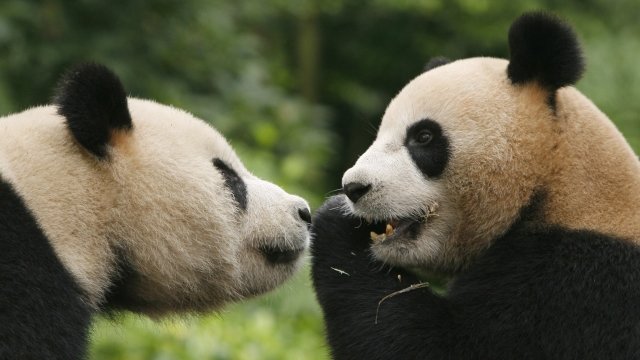 A new study looking specifically at panda habitats found the species has less habitat space now than it did roughly 30 years ago.

You may have breathed a sigh of relief when giant pandas were downgraded to a "vulnerable" species last year.

After all, the adorable and cuddly creatures only live naturally in China, and the species had spent more than 25 years listed as endangered.

Decades of satellite data show pandas had less habitat in 2013 than they did roughly 30 years ago — when the species was first considered endangered.

The Chinese government has made the situation a little better by taking steps against logging and increasing the amount of bamboo forests protected in nature reserves.

But roads have added to the habitat problem by making the areas pandas have more fragmented, isolating populations.

One of the lead researchers from the study argues the decision to improve pandas' status to "vulnerable" came "too soon."

China's breeding and conservation programs are helping giant pandas get off the endangered species list.

The researchers say conservationists need to keep an eye on pressures like climate change, tourism and infrastructure development if they want the panda population to continue to grow.