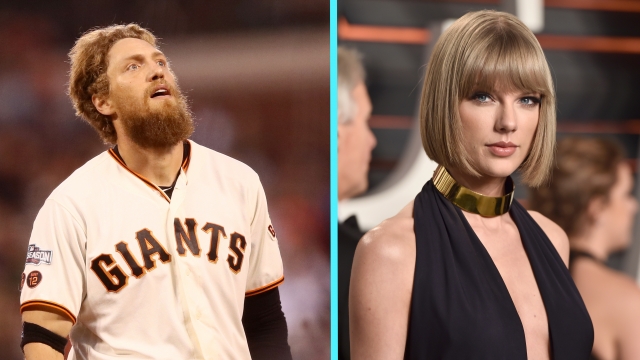 So the San Francisco Giants lost in the MLB playoffs this year, but if you asked some fans, it's not the players on the field that did them in.

We know how weird it sounds to blame a pop star for not winning a World Series. But Giants fans might have a point? Let's look at the facts.

In 2010 Swift released "Speak Now," and the Giants won the World Series.

And in 2014, she released "1989," and the Giants kept their love story going with their third title in five years.

But as Bay Area fans know all too well, that pattern didn't continue this year. The Chicago Cubs came out hot against the Giants and wound up winning the National League Division Series.

This probably takes Swift back to 2015, when she had bad blood with MLB fans after some teams got stuck in losing streaks after she had concerts in their cities.

Thing is, Swift dropped all of her most recent albums either during or right before the World Series, so it's not like the Giants had reason to be fearless in the first couple rounds of the playoffs.

And besides, she's rumored to release another album as early as Oct. 23. Giants fans are just going to have to … walk it off. No, wait! That's not what I meant!