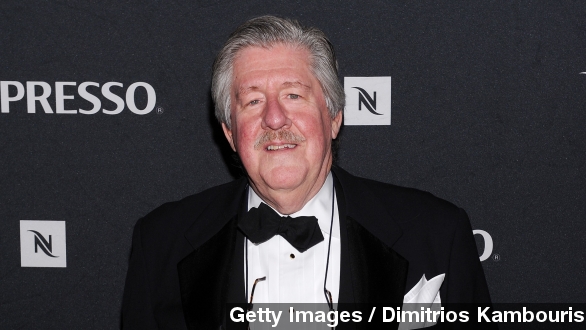 Edward Herrmann, the Emmy-winning actor best known for his roles on 'Gilmore Girls' and 'The Practice,' has died at the age of 71.

Edward Herrmann, the Emmy-winning actor best known for playing Lorelai's dad on "Gilmore Girls" and a law professor on "The Practice," has died. He was 71.

His manager confirmed with CNN Herrmann passed away at a New York hospital Wednesday as a result of a brain tumor. He had reportedly been battling brain cancer for months.

His manager released a statement saying, “Edward Herrmann, besides being an accomplished actor, was also a true gentleman and a scholar, as well as being an incredibly kind and decent man. He will be sorely missed.” (Video via Mormon Tabernacle Choir)

Herrmann was a successful actor whose career spanned more than four decades.

His lengthy resume included roles in TV, film, on stage and voice over work as well.

"Do you mind if we walk? I feel so awkward just standing here like this."

In television, Herrmann scored Emmy nods for his role as Franklin Roosevelt in the mid-70s "Eleanor and Franklin" made-for-TV movies.

He also won an Emmy in 1999 for his role on "The Practice" and is widely remembered for his seven years as Richard Gilmore on "Gilmore Girls."

Herrmann found success on the big screen as well including parts in "Richie Rich," "Lost Boys" and "The Wolf of Wall Street."

Herrmann's calming, pleasant tone extended to character voiceovers on a catalog of shows on PBS and The History Channel. Most notably as FDR in Ken Burns' "The Roosevelts: An Intimate History."

Herrmann is survived by his second wife, Star, his three daughters and his stepson.