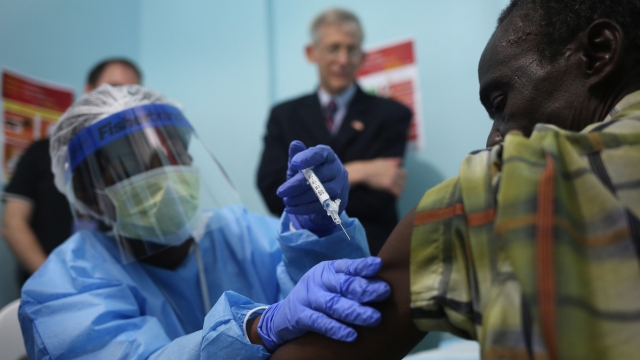 A global panel, commissioned by WHO and World Bank, warns of repeat of 1918 pandemic without "sustained action" to combat disease outbreaks.

In 1918, the world was ill-prepared for a deadly virus dubbed the "Spanish Flu." The outbreak of an H1N1 influenza virus near the end of World War I killed 50 million people worldwide, including 675,000 in the U.S.

101 years later, a report commissioned by the World Health Organization and World Bank says the world may not be equipped to ward off another pandemic. It calls for "urgent and sustained action," funding and coordination to prevent such an event.

A panel on preparedness warns in the report: "The world is at acute risk for devastating regional or global disease epidemics or pandemics that not only cause loss of life but upend economies and create social chaos."

The findings say the world is increasingly confronted by infectious disease outbreaks, despite medical and scientific advances in prevention. These days, deadly flu viruses or respiratory illnesses can spread rapidly due to rising urbanization, a globally integrated economy and faster travel.

The report says risks are growing with climate and ecological change, along with political instability and wars stirring migration from troubled regions.

The report was commissioned in the wake of the 2014-16 Ebola outbreak in West Africa, which caused 11,000 deaths. It comes amid a new Ebola outbreak in the war-torn Democratic Republic of the Congo, which has killed more than 1,300 people since last year.

The WHO tracked 1,483 epidemic events in 172 countries between 2011 and 2018, examples shown here. They included flu outbreaks and severe acute respiratory syndrome, or SARS, which was first discovered in Asia in 2003 and spread to Europe and North and South America.

The report also noted outbreaks of the Zika virus and yellow fever, calling them "harbingers of a new era of high-impact, potentially fast-spreading outbreaks."

Dr. Victor Dzau, president of the National Academy of Medicine in the U.S., says the study challenges  governments and international organizations to prevent regional events from triggering a global pandemic.

He said: “I would say that in our analysis of the data, looking at a variety of sources, the world is really quite poorly prepared.”

The 2014 Ebola epidemic in West Africa resulted in human tragedy and a $2.8 billion direct cost from lost employment, tourism and productivity. The World Bank says an influenza pandemic, like in 1918, would be staggering, costing the global economy 3 trillion and claiming 80 million lives.