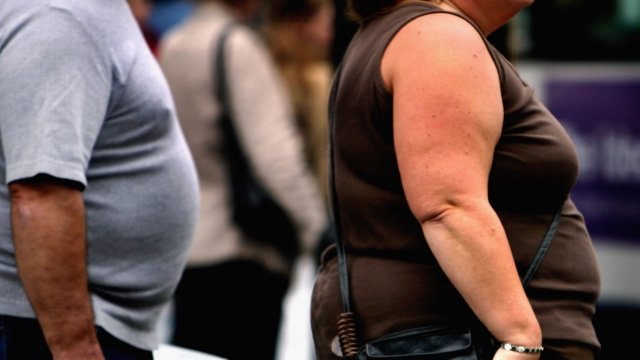 A study from the National Institutes of Health used smartphone data to get a better picture of physical activity levels worldwide.

There's a gender gap in physical activity levels, according to a new study from the National Institutes of Health.

The study looked at anonymous smartphone data to see how physically active people were all over the world.

Each smartphone has a mini-accelerometer in it. Researchers were able to pull data from them to see how many steps users walked a day. If you used the Azumio Argus app, your data might have contributed to this study.

It found that average daily step counts weren't a great predictor for obesity levels in a given country. Instead, a larger gap between the number of highly active and less active people was more likely to indicate higher obesity rates.

Take Mexico and the United States for example. Both countries had similar daily step counts — 4,692 and 4,774, respectively — but the U.S. had higher activity inequality and thus a higher obesity rate.

A new study suggests Americans live relatively sedentary lifestyles and don't move nearly as much as they should — even beyond exercising.

In countries with higher activity inequality, like the U.S., women are less likely to be active than men. And obesity levels in women in those countries increase faster, too.

Activity levels between genders tend to be more equal in countries where overall activity inequality is lower. In Japan, where there's not a huge disparity between highly active and less active people, men and women have similar activity levels.

The study also found that the cities we live in might affect our activity levels. If a city is more "walkable," its overall activity inequality is likely to be lower, and the city will have fewer obesity issues.

The study's authors say that targeting these inequalities, instead of making more general pushes for activity, could be the best way for health officials to take on obesity.

The study does have its problems. Since it relied on smartphone data, the authors admit that it's potentially biased toward more affluent people, and that bias is worse when looking at data for lower-income countries. But the researchers say they've collected enough data to feel confident their findings are accurate across the socioeconomic spectrum.