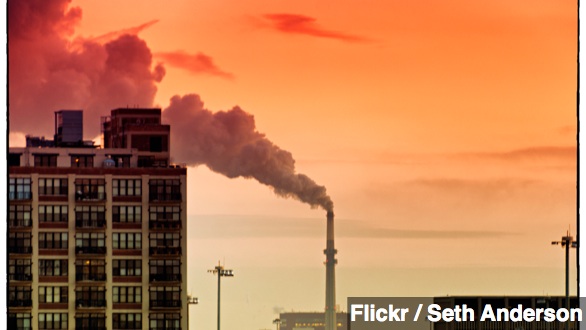 As the United Nations begins its talks on global climate change, a leaked report describes a wide range of impacts from global warning.

As the United Nations begins its 12-day talks on global climate change, a leaked report from a partner organization describes a wide range of impacts from global warning.

A 29-page summary from the U.N.-backed Intergovernmental Panel on Climate Change says the damage to the planet will vary from food shortages to an increase in violent conflicts. (Via IPCC)

The IPCC report was not set to be released until March, but was leaked after it was given to some 190 governments across the world for review prior to this year's talks held in Warsaw, Poland.

According to Los Angeles Times: "The report describes a planet in peril as a result of the human-caused buildup of greenhouse gases since the Industrial Revolution, where glaciers are shrinking and plants and animals have shifted their ranges in response to rising temperatures." ​(Via Los Angeles Times)

According to The Washington Post, no major breakthroughs on climate change policy are expected in Warsaw. But many world leaders see it as an opportunity to lay the framework for a broad-based agreement at the next talks in 2015.

" ... everyone wants to know how the nations of the world will draw a road map toward a 2015 treaty that will further rein in greenhouse gas emissions beyond 2020."

But such a treaty has long eluded the U.N. for a reason — rich and poor countries can't agree on who should do what.

A writer for Al Jazeera says, "While many countries say the US must do more, increasing focus is falling on the world's top carbon polluter, China, which is under pressure to fuel its economic development in a cleaner way ... " (via Al Jazeera)

The IPCC report estimates the global temperature will rise between 0.5 and 8.6 degrees Fahrenheit during this century.