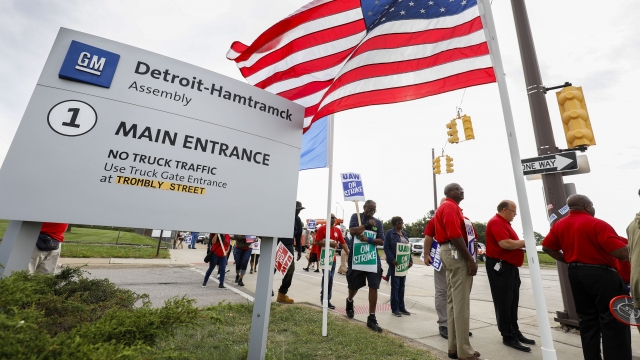 The two sides failed to reach an agreement on a new four-year contract over the weekend as the strike moves into its fourth week.

General Motors failed to reach a deal over the weekend with its union workers as the nationwide strike moves into its fourth week.

Dittes said the union made an offer to GM Saturday that addressed a number of issues including wages, signing bonus, job security and pensions. He said GM countered Sunday with a previously rejected proposal that "made little change."

Dittes said the Union "could not be more disappointed with General Motors who refuse to recognize the experience and talent of our Membership who make their world-class products and billions of dollars in profits."

GM responded to the failed talks, saying, "We continue to negotiate in good faith with very good proposals that benefit employees today and builds a stronger future for all of us." The company said it's committed to around-the-clock negotiations to reach a deal.

Research and consulting firm Anderson Economic Group estimates GM will see profit losses up to $90 million a day in the fourth week of the strike. The firm says workers — union and non-union — are losing a total of more than $30 million a day.