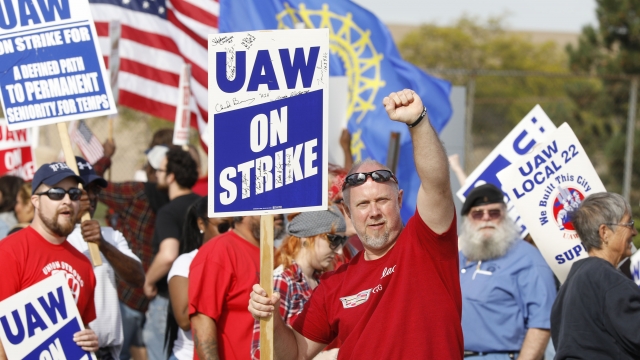 The deal could bring an end to United Auto Workers' weekslong strike.

General Motors and its picketing union workers have reached a proposed tentative agreement that could end a weekslong strike.

GM and UAW announced the proposal Wednesday, and the union said its national negotiators voted to recommend approving it.

The UAW GM National Council will have to vote on the proposed deal. That's expected to happen Thursday.

If the council approves it, the more than 48,000 UAW-GM members across the U.S. will have to vote to ratify the agreement.

The council will also make a decision on whether to end the strike or keep it going until an agreement is ratified. Until then, the strike will continue.

UAW President Gary Jones said in a statement, "I could not be prouder of our brothers and sisters, our National Negotiators, and the National Council as they continue to fight one day longer to secure the best deal for our members."

Workers launched the strike a month ago to demand higher wages, health care protections and pensions. It's unclear what is included in the proposed deal.