Gold Star Families Reflect On Loved Ones Who Served In Afghanistan 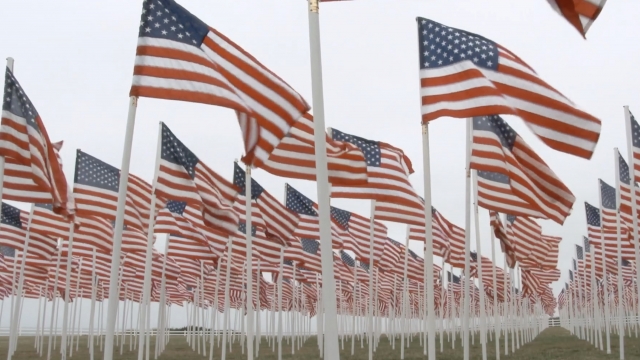 Thousands of U.S. service members made the ultimate sacrifice while serving in Afghanistan. Now the loved ones of those U.S. soldiers killed – are sharing their own focus after decades of war.

"This is his actual banner," said Annette Kirk, as she showed the mementos, medals and memorials she keeps of her son, U.S. Army PFC. Paul Cuzzupe II.

They're pieces of the life of a big brother, a loved son, with a bright future who made the ultimate sacrifice for his country. The 23-year old was killed in Afghanistan in 2010.

Kirk and other Gold Star families are watching as the U.S. withdraws troops and the Taliban now takes charge.

"Sunday when I first saw everything going on I had so much pain in my heart, so much confusion in my head," said Kirk. She, a veteran herself, said she found comfort through family and fellow veterans.

"We have to support one another. These veterans, the military the active duty military, the people that have been over there, we need to be there and support them at this time," Kirk said.

"Frankie was an exceptional young man, he always wanted to be a soldier," said Craig Gross. His son, Cpl. Frank Gross, is among those who died in Afghanistan.

"No one will ever take away what my son did for our country, for the Afghanistan country, to help liberate those people from tyranny because that's their job," said Craig Gross.

He said his son loved the service, loved the Army.

Families are focused beyond politics.

"We really need to focus on healing. Blame is not going to help the situation at this time," Kirk said.

They're on a mission of keeping their loved ones' memories alive, long after this war ends.

"No matter what happens we just don't want the sacrifice to be forgotten," said Gross.

"It doesn't matter how many years and if I live to be 95 years old, I will do what I can to keep Paul's memory alive until the day I see him again," Kirk said.