'Golden State Killer' Expected To Be Sentenced To Life Without Parole 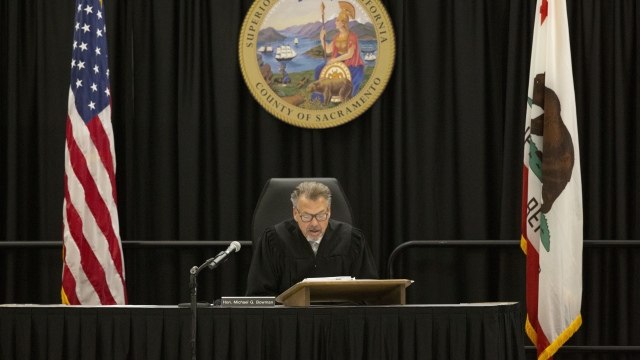 Joseph James DeAngelo Jr. is a serial murderer and rapist who pleaded guilty to 26 criminal charges.

A judge this week is expected to sentence the so-called "Golden State Killer" — a former police officer convicted of a violent crime spree over six California counties.

Joseph James DeAngelo Jr. is a serial murderer and rapist who pleaded guilty to 26 criminal charges. Half of the charges are rape-related and half are murder counts related to crimes committed in the 1970s and 1980s. He is also known as the East Area Rapist and the Original Night Stalker.

Investigators caught him in 2018 using DNA from a family ancestry website to solve a 40-year-old murder case.

Victims will have a chance to speak in court in Sacramento this week, with one telling the Associated Press "our wounds heal [but] our scars remain."

The 74-year-old DeAngelo is expected to face life in prison without the possibility for parole.