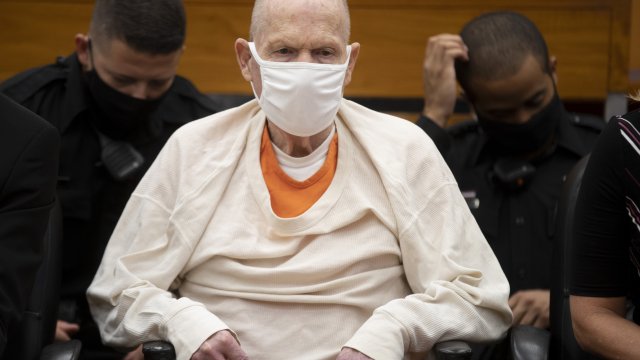 As part of the plea agreement, he must register as a sex offender and pay restitution to the victims or their families.

The man known as the Golden State Killer will spend the rest of his life in prison, with no chance of parole.

In June, Joseph DeAngelo pleaded guilty to more than two dozen rape and murder charges related to crimes through the 1970s and 80s. The plea deal meant he would not face the death penalty. He also admitted to multiple more sexual assaults, but in some cases, the statute of limitations had already expired.

As part of the plea agreement, he must register as a sex offender and pay restitution to the victims or their families.

DeAngelo, a former police officer, had evaded authorities for more than 40 years until investigators caught him in 2018 through DNA from a family ancestry website while trying to solve a murder case.

Before the sentencing, DeAngelo said “I listened to all your statements, each one of them, and I’m truly sorry for everyone I’ve hurt.”