Google Blocks Its Own Ads With New Contributor Program 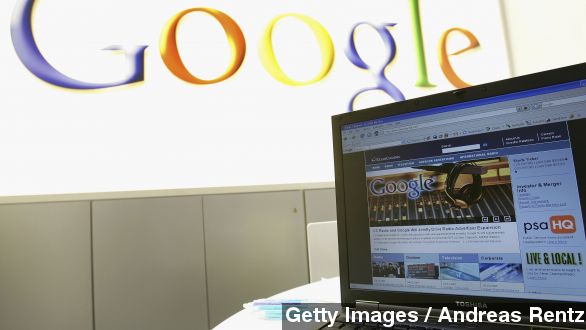 Google might be getting tired of running a multi-billion dollar online advertising juggernaut. The tech company just unveiled a program that will scrub Google ads from certain parts of the Internet — for a small fee.

The program is called Contributor by Google, and it's essentially a crowdfunding support network that replaces Google's ad revenue with monthly microtransactions.

Contributors will chip in a monthly fee of around $1-$3, and in exchange, all Google ads will be replaced by these little thank-you messages. The program's still an experiment, so it only works on a handful of sites — Mashable, Imgur, and Urban Dictionary are some notable examples.

But rarely does Google mess with their long-running ad business. One Google rep told VentureBeat, "To have a healthy Web, you need to have publishers that are able to thrive and fund their content. ... We've made it a priority since the beginning of our business to provide different ways for them to do just that."

And perhaps it's not surprising that Google's looking to move away from page ads — the marketing medium has taken a bit of a beating this year.

Targeted online ads have themselves been targeted for being invasive; they've long been widely reviled for their banality; and recent research released this year suggests they aren't as effective as marketers believed.

But Wired notes Google's new program still has a lot of work to capture public interest if it's going to take off. "People are already used to getting content online for free. As much as they hate ads and ad tracking, they hate paying for free stuff even more."