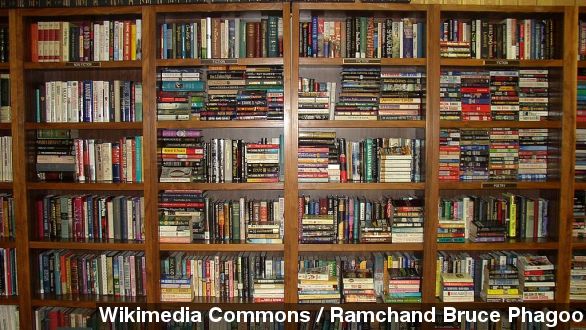 A U.S. judge ruled Google's practice of digitizing and uploading books to the Internet constitutes fair use of copyrighted content.

After eight long years, Google Books has finally been vindicated. A U.S. judge ruled Thursday Google's practice of scanning and uploading books to a searchable database does not violate copyright.

Since its inception in 2004, Google Books has digitized over 20 million books and magazines. These scanned books are available to the public through a searchable database, though only snippets of the full text are provided.

But the project has met strong resistance from some authors and copyright holders who argue Google is unfairly profiting from their content. The Author's Guild filed a class action lawsuit against Google in 2005 — a suit which could have cost the tech giant more than $3 billion. (Via The Guardian)

Fortunately for Google, Judge Denny Chin ruled the company's digitized books meet the definition of "fair use" under U.S. copyright law. The judge pointed out everyone benefits from Google Books, including the plaintiffs suing the company.

"It advances the progress of the arts and sciences, while maintaining respectful consideration for the rights of authors and other creative individuals. ... It generates new audiences and creates new sources of income for authors and publishers. Indeed, all society benefits." (Via Electronic Frontier Foundation)

A writer for The Washington Post applauds Thursday's ruling, and hopes it will clear the way for other innovations based on the fair use doctrine.

"Many innovative media technologies involve aggregating or indexing copyrighted content. Today's ruling is the clearest statement yet that such projects fall on the right side of the fair use line."

But a Slate writer cautions Google was only able to get their ruling because they had the resources to defend their idea.

"The troubling part is that it's the little guys ... who lose, because they can't afford to fight an eight-year court battle like Google can. ... It would be a shame if our legal system effectively restricted fair use to those who can afford to hire the largest teams of lawyers."

In a statement Thursday, the Author's Guild says it disagrees with the court's application of the fair use doctrine. The organization plans to appeal the ruling.