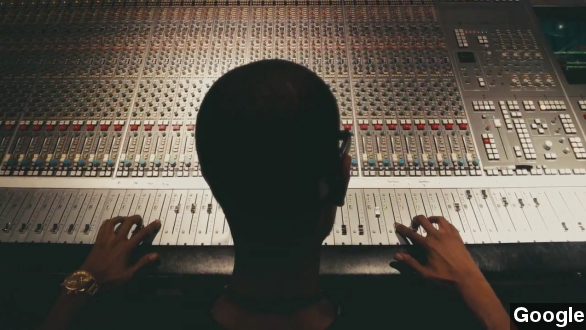 Google is expanding Glass' features. The wearable tech will now include the ability to stream music. This comes after Google added Shazam.

Get your playlists set. Google is expanding Glass' features. The wearable tech will now sport music.

The option "listen to" will now be among the standard voice commands.

​And because it's Google, the tech syncs with your Google Play account to search, provide recommendations and stream your tunes. At least for now. The New York Times reports other services – maybe Spotify – are expected to be introduced eventually.

Regardless, this new, dance-worthy feature fits in nicely with a tool built into Glass about two months ago.

So imagine, you're out and hear a song you like. Glass IDs it for you. Then, a few words later, and you're streaming it. But if Google has its way –

– you won't be putting in those white, Apple buds. The company will reportedly release a set of Glass-specific headphones for $85 a pair.

But The Telegraph points out, this isn't really about marketing Glass. Instead, the music addition will "help extend the reach of Google’s streaming service, Google Play Music All Access, which is similar to Spotify and has struggled to gain much traction so far."

Google, of course, puts it more positively. Glass’ director for marketing told Rolling Stone – compare it to the iPhone launch in 2007.

"The whole app ecosystem didn't exist until people could invent for the iPhone. That's kind of where we are with Glass. Music is a big part of that."

And the company hopes the streaming feature will also be a big part of music. It gave a pair of specs to DJ and producer Young Guru for a new promo video.

The artist, who’s worked with Jay Z, Rihanna and more, is seen using Glass to discover, stream and help him physically find a record. He tells The New York Times – (Via Google)

"[Glass is] an immense timesaver, and a great tool to make the world that much cooler, and realize some of the dreams we had as kids."