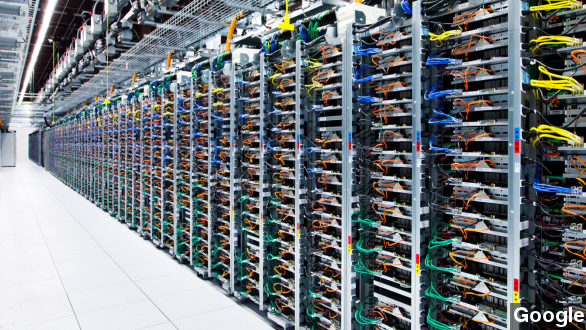 Google could design its own server microchips, which could streamline worldwide Internet traffic and take business away from established chipmakers.

Google has yet to become a serious player in the computer hardware game, but that could be about to change. Sources close to Google say the Web giant is considering designing its own microchips.

According to an anonymous insider who talked to Bloomberg, Google wants to control both the hardware and software pieces of the server puzzle to streamline the interactions between the two and improve efficiency.

That efficiency is in Google's best interests. Recent analysis from Web tracking firm DeepField show Google's servers account for an enormous chunk of the Internet's traffic.

And Google wants new tools for the task. It reportedly wants to design ARM chips, which typically run mobile devices, not racks of servers.

But analysts have said ARM entering the server market is only a matter of time because the same things that make them attractive to handset makers — low power requirements, low heat levels and now, 64-bit operation — make them a good fit for the server market, too. (Via PCWorld)

Of course, design is not the same as manufacturing, which is going to be really expensive no matter which way you slice the silicon. A writer for Forbes doesn't think Google will actually roll its own chips if the only place they'd see use would be in its own data centers.

"There's no way at all that Google's demand could possibly justify the billions upon billions necessary to build a new chip fab. So we're obviously looking at the design then being sent out for manufacturing elsewhere."

But if this manufacturing does move forward, it will have immediate impact on the server hardware ecosystem, and specifically on chipmaker Intel.

Intel controls more than 95 percent of the server chip market, and right now Google buys much of its server hardware straight from Intel — which would definitely change if Google started making its own chips. (Via Wired)

Google has declined to get into specifics about the report or its plans. All a Google spokesperson provided to Bloomberg was a nonstatement:

"We are actively engaged in designing the world's best infrastructure. This includes both hardware design (at all levels) and software design."

So for now, Google's move is still potential. Bloomberg's source said the company hasn't made any concrete decisions on how or even if to proceed.