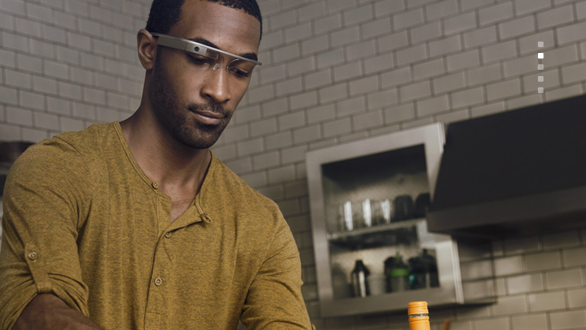 The staff at Seattle's Lost Lake Lounge asked a customer to remove Google Glass or leave. After he left, the debate continued on Facebook.

Seattle may be home for tech giants Amazon and Microsoft, but Google Glass isn't welcome in one local diner.

After being seated, Starr writes, "A woman who works there comes up to us and tells me that the owner's other restaurant doesn't allow Google Glass and that I would have to either put it away (it doesn't fold up btw) or leave." (Via Facebook / Nick Starr) ​

The two then reportedly had a back-and-forth.

Starr says he's eaten at Lost Lake with his $1,500 headset before and asked to see where the restaurant's anti-Glass policy was posted. He and his specs eventually left. (Via Google)

But both Starr and the restaurant continued their disagreement on Facebook.

Lost Lake Lounge posted its policy Tuesday. "We kindly ask our customers to refrain from wearing and operating Google Glasses [sic] inside Lost Lake. … And if we ask you to leave, for God's sake, don't start yelling about your 'rights.' Just shut up and get out before you make things worse."

This whole thing sounds a little dramatic. Bottom line: Is it OK for a restaurant to ask a customer to leave because of a piece of tech? This debate, while interesting, isn't new.

"They're perhaps trying to make a point – a privacy issue." (Via GeekWire)

You might remember this story: Back in March, another Seattle bar, the 5 Point Cafe, became the first place to ban Glass — before they were even available. Unsurprisingly, the bar and the diner share an owner. (Via CNET)

​​And his issue is simple: You don't really know when someone is taking a photo or video with Glass. He tells Forbes: ​"We're not trying to be jerks at all. If you walked in here with a video camera we'd ask you to stop. … With Glass, there should be etiquette around its use, and we feel that in a setting like a café or bar they should just be taken off and not used."

Not trying to be jerks, maybe. Succeeding? That's a different story. On its Facebook page, one of the Lost Lake Cafe's owners responded to one commenter like this:

"Ohh no...You mean we wont have a flock of google glass wearing man children stinkin up the joint. Shoot!!!! What are we going to do! The Google Glassers Boycott is actually hilarious."

​Of course, the harshness isn't one-sided. The end of Starr's post calls for the server's termination, which you can probably guess isn't going to happen.

​The kicker? Lost Lake wants you to post pics on Instagram. They even offer a hashtag. Just don't take those photos with your fancy headset.