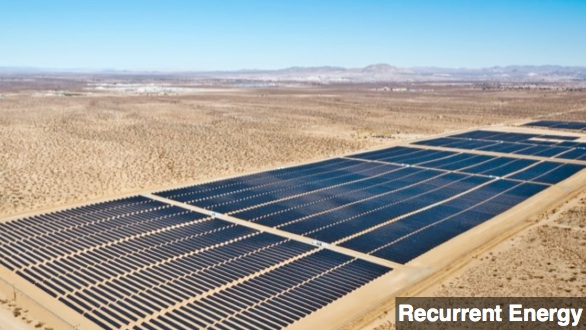 Google is investing in a solar energy project that will power 17,000 homes when it switches on early next year.

It's no head-up display, or a self-driving car, but Google's latest investment is keeping the future in mind.

The company has partnered with investment firm KKR to funnel $80 million into solar energy installations in California and Arizona. (Via Fox Business)

Recurrent Energy is building and maintaining the solar farms, which have a combined capacity of 106 MW — enough to power 17,000 homes for a year when they go live.

Google says it won't be using any of these 106 MW specifically for its own power needs, though. It's taking a more global view:

"These investments are all part of our drive toward a clean energy future—where renewable energy is abundant, accessible and affordable."

Which isn't to say Google won't see a direct benefit. After all, says GigaOM, the investment stands to make money on the generated electricity. Google can get renewable energy credits to offset its datacenter electricity costs.

Softpedia explains Google's playing a long game with this investment. Any increase in the availability of renewable energy plays into Google's plans.

"The company has a goal of becoming completely carbon neutral, something that it now achieves by buying carbon offsets. But, eventually, it wants all of its data centers and operations to be run by clean energy so it can be truly carbon-neutral on its own."

The new plants — five in southern California and one in Arizona — are expected to start supplying power to the grid in early 2014.