The UK Press Association Wants Robots To Write The News 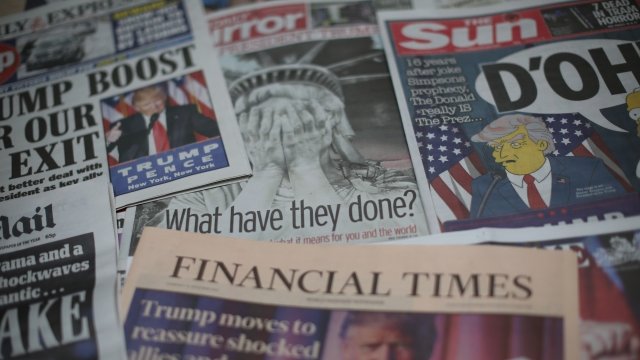 This story was written by a human, but some news organizations want stories to be written by robots instead.

With the help of Google's Digital News Initiative, the U.K.-based Press Association is building a service called "RADAR," which stands for "Reporters And Data And Robots." As the name suggests, RADAR will use reporters and open data sets to help robots write up to 30,000 news stories a month.

The service was inspired by a growing demand for accurate, fact-based news. Considering the cries and critiques of "fake news" around the world, this demand doesn't really come as a surprise.

And don't worry — despite the focus on artificial intelligence, RADAR will still utilize skilled journalists to gather and check some data.

Reporters will be responsible for identifying open databases from the government or local authorities. They'll then create story templates for various topics for the robots to fill in, and stories will be automatically produced in multiple versions for different local readerships.

Funds from Google will also help RADAR create more database tools to pull from, as well as auto-generate visuals to accompany stories.

The Press Association has spent nine months working on this project, but it's not the first news organization to utilize artificial intelligence.

Both the Associated Press and Danish news agency Ritzau already automate their stories for short, data-driven financial reports. And for the 2016 Rio Olympics, the Washington Post began experimenting with its own robot, "Heliograf."

Wired called it "the most sophisticated use of artificial intelligence in journalism to date."

But despite the so-far successful utilizations of AI in those newsrooms, robots haven't always done the best job keeping news accurate.

In August, Facebook fired its human-powered trending team and replaced them with an algorithm. The result? The spread of fake news and inappropriate content.

Despite that controversy, RADAR will launch in early 2018.