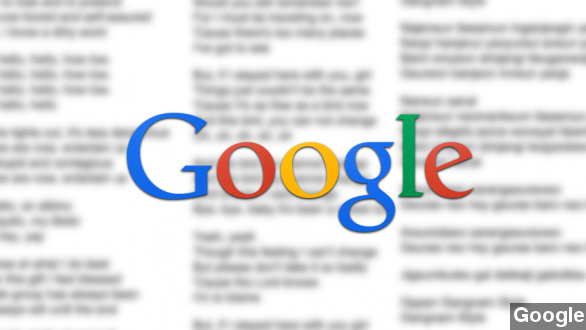 Google is now showing song lyrics as part of its search results page, a move that'll muscle out traditional lyric sites like MetroLyrics and Genius.

Searching for the lyrics for your favorite song just got one step easier — well, at least if you use Google as a search engine.

Starting Tuesday, Google now shows the lyrics for songs in its search engine results page, or SERP. Although not every song has its lyrics provided by Google just yet.

The lyric results are just another step in Google’s plan for world domination — er, Google’s attempts to give you more information before you even click on a search result.

Google introduced the Knowledge Graph two years ago, essentially giving search engine users a snippet of information relevant to what they’re searching for. The new results for lyrics appear to be an extension of that.

If you’ve ever used Google measurement conversions or calculations, then you’ve already seen how the company is attempting to change how its users search.

But there’s a victim here in this latest addition — all of the other websites out there dedicated to song lyrics.

AZLyrics, Genius and SongLyrics are all now not only facing competition from each other, but Google as well.

An industry source tells Billboard that’s part of the goal, too. When lyric sites first cropped up in the mid-2000s, they essentially served as “affiliate link farms for confused people to buy ringtones.”

And that, in the world of music copyright law, was illegal.

Lyric sites such as Genius were hit with take-down notices from the National Music Publishers Association last year for not having the licensing required to display lyrics.

Google appears to be working to avoid that by, according to Billboard’s source, creating its lyric database one song at a time after obtaining the proper licensing deals with major publishers.

That would explain why every song you search for may not currently have its lyrics on display. But as Google obtains more deals, traditional lyric sites will lose more visitors, and that’s exactly why some folks don’t like the search engine giant.

Specifically, European lawmakers. As The Wall Street Journal explains, Google’s ability to crowd out other sites using its own search engine is the “crux of Europe’s long-running antitrust investigation into Google.”

As recently as this month, Google has been spotted testing out more tools to add to its search engine page toolbelt, including a mortgage interest calculator.