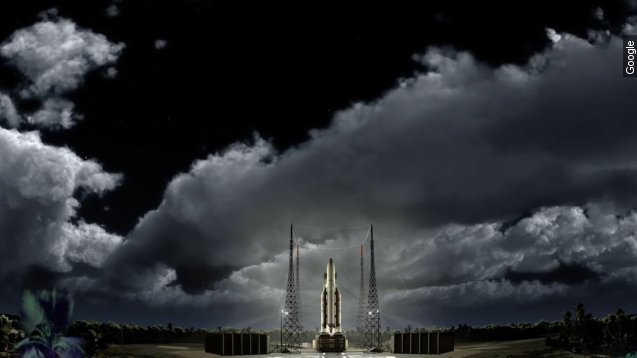 An Israeli startup has become the first competitor in Google's $20 million race to the moon. But getting a craft up there won't be enough to win.

The "space race" is back, only now, it's a little more literal, and it doesn't involve the Soviet Union and NASA. (Video via Google)

The Google Lunar XPRIZE is a competition to see who can send an unmanned spacecraft to the moon first. Sixteen spots are available for teams from around the world who will be vying for the  $20 million grand prize.

But getting to the moon isn't the only challenge. To win, a team's craft must travel 500 meters on the moon and send back plenty of video and images.

Only one team has already claimed its spot: a nonprofit Israeli startup called SpaceIL.

SpaceIL's a relatively new group, but it might have at least one trick up its sleeve.

While many teams thinking of joining the race are planning to use rovers to travel the 500 meters, SpaceIL's abandoning wheels altogether.

Instead, it'll use leftover fuel to make the craft hop the half-kilometer. Google never specified how the distance had to be covered.

Teams have until the end of next year to formally join, but SpaceIL will also be racing against time. The window to complete the mission is only from the start to the end of 2017.