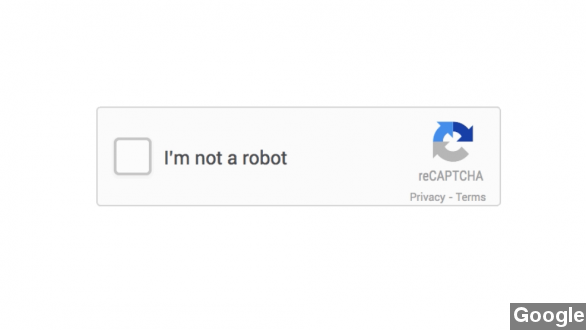 The CAPTCHA: a familiar sight to any Internet user who's ever had to log in anywhere on the Web.

It's supposed to be simple — you correctly punch in some random squiggly, generated words to prove you're not a robot, and then presto, you're in. (Video via Valve / FineLeatherJackets)

Except it's not always so simple. And it doesn't always work, either. Wednesday Google revealed its solution to the problem.

From the Google video: "Introducing the 'No CAPTCHA reCAPTCHA' from Google. For the first time, this revolutionary API will let real people pass through without ever seeing a CAPTCHA."

Google has done away with all the weird words and symbols. Now all a person needs to do to pass this new "No CAPTCHA reCAPTCHA" is simply check a box.

Google gave some insight into the new API on its security blog, explaining that while the new CAPTCHA might seem simple, it actually uses a back-end analysis process to sniff out whether a user is human.

And there's still a backup CAPTCHA to ensure no robots are trying to sneak into a site if the back-end analysis can't figure out if a user is human.

To understand why this change is kind of a big deal, we'll need to go back to why CAPTCHAs were created in the first place.

The wordy security systems were first created by a Guatemalan entrepreneur named Luis von Ahn in 2000 as a way to both digitize books using people's responses and as an added security layer against automated programs. (Video via TED)

Then in 2009 it was acquired by Google, which has since improved it and added images from Google Street View as further means to block bots.

But computer programs have increasingly been able to solve Google's CAPTCHAs. According to Google's research, programs are now smart enough to solve the puzzles with 99.8 percent accuracy. (Video via Vicarious)

So Google decided to do something about it. That something comes in the form of its "Advanced Risk Analysis" engine revealed last October and what would eventually become "No CAPTCHA reCAPTCHA."

But the new CAPTCHA does come with a caveat. With less users entering in text, it looks like Google might not be able to digitize as much text from books. Although with sophisticated software already filling out CAPTCHAs so accurately, that might not be much of an issue.

For anyone worried Google's analysis API could be picking up too much information, the Internet giant's CAPTCHA Team product manager told Wired the engine would only run while users hovered over the new CAPTCHA widget, not the whole page.

So far, Snapchat, WordPress and Humble Bundle have all adopted the new CAPTCHA system. It's currently available for site owners through Google's developer portal.