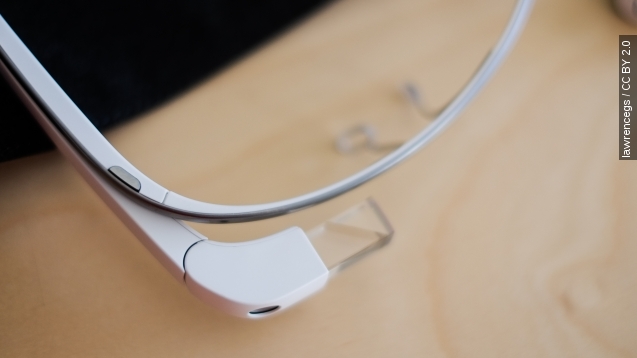 A new report from Business Insider claims Google is working on a Google Glass revamp, as well as other wearable devices.

Business Insider reports the company has been building out a team since June for a wearable technology project called "Project Aura."

It's unclear at this point what, exactly, Project Aura will look like, but the report describes it as "a much-needed re-branding to the tattered Glass image." (Video via Google)

"Oh these? No, these don't have x-ray vision — yet," said a Google Glass user.

Yeah, safe to say "much-needed" is an understatement.

But Project Aura will be about more than just saving Google Glass from its unpleasant past; the company reportedly hopes the project can help it compete in the virtual reality/augmented reality market.

It's a market that's growing quickly, and it's chock-full of major players to boot. Microsoft's HoloLens is poised to be an augmented reality hit and the Facebook-owned Oculus Rift is already a darling among developers and gamers alike.

And Google isn't playing around — the company has reportedly poached engineers and developers from Amazon's special hardware team, Lab126. (Video via Amazon)

That means we could see Google taking on Samsung and Apple with a whole host of new wearable devices. According to Re/code, members of Google's new team say they're working on "Google Glass and Beyond," and "building cool wearables." (Video via Apple)

As long as you don't have to strap those "cool wearables" to your face, I'm sure whatever Google's working on will be better than good ol' Google Glass.