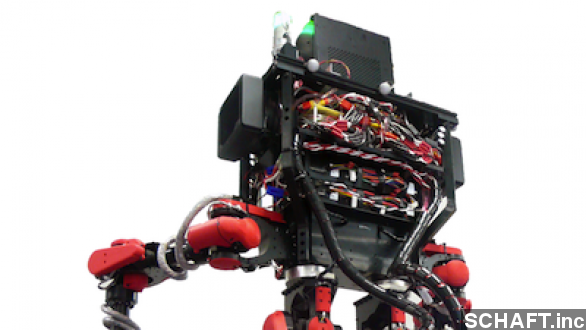 DARPA is on the search for a humanoid robot that could help with response efforts in emergency situations.

DARPA's Robotics Challenge to create a humanoid robot capable of completing search and rescue missions has a winner.

This is SCHAFT, developed by a Japanese team and owned by Google. And while SCHAFT came out with the highest numbers by far — the losers were the real surprise.  (Via YouTube / SCHAFT inc )

Right next to the animalistic six-legged Chiron. (Via DARPA)

Speaking of animals — Boston Dynamics' WildCat Robot made an appearance but didn't compete. Yikes — how'd you like that one crawling around in your dreams?

The competition included eight tasks like moving debris, climbing a ladder and turning off valves — that task was the inspiration for finding a response robot.  (Via DARPA)

DARPA’s program manager told the BBC a search and rescue robot was needed in 2011 during the Fukushima nuclear reactor meltdown in Japan.

​​"What we realised was ... these robots couldn't do anything other than observe. What they needed was a robot to go into that reactor building and shut off the valves."

The competition finals will be in 2014 and teams will compete for $2 million in DARPA funding.