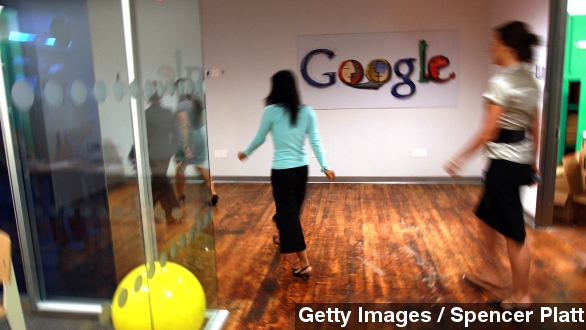 Google is said to be planning special versions of some of its popular software, aimed specifically at users 12 and younger.

Google wants to include everyone who uses its products — that means kids, too.

According to a report in USA Today, Google is aiming redesigned versions of several products, including its search and video offerings, for the 12-and-under demographic.

"Kids today use Google for learning in schools, right? If we can continue that and we can create 'magic moments' with the use of technology where they're learning new things, that would be awesome," says Pavni Diwanji, Google VP of engineering.

CNN explains: "A Google search for 'train' brings up a link to the closest Amtrak station, but chances are that's not what an eight-year-old is searching for. Kids are probably more interested in Thomas the Tank Engine than the most up-to-date commuting schedule."

Google's VP of engineering told USA Today a big motivator for the push is that more Google employees are having kids.

And, as several outlets point out, it comes amid a bit of a regulatory minefield. Google derives most of its revenue from advertising, after all, and it hasn't explained how it will safeguard kids from data collection.

The U.S. Federal Trade Commission carefully regulates how such services interact with kids through the Children's Online Privacy Protection Act. It's fined various services for extracting too much data from kids before.

There's also the simple truth that the Internet is a big, semi-unregulated and sometimes dangerous or offensive place.

PCWorld holds up YouTube as a specific example. High volumes of user-generated content are difficult to police, and there's not much the FTC can do.

Google hasn't offered a timeframe for its kid-friendly programs, though executives have hinted it would be a permanent service.