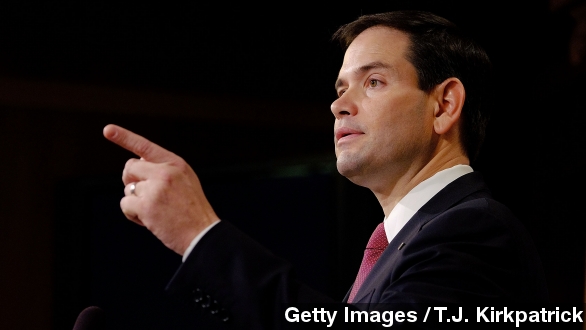 While news outlets began to flesh out the effects of President Obama's announcement on Cuba Wednesday — travel, cigars, rum — Senator Marco Rubio wasted no time in pushing back.

"I think they're going to struggle to get the votes to fund an embassy or get an ambassador appointed — and I'll have more to say about that in the coming year," Rubio explained to CNBC.

Rubio, a Cuban-American senator from Florida, led the chorus of Republican lawmakers Wednesday threatening to derail the president's plans. And there are a few ways they can do just that.

For one, the White House will need Congressional approval to lift the embargo, which would ease travel and trade with the communist country. But a Republican controlled Congress can block that from happening — as Rubio said Wednesday.

Secondly, GOP lawmakers said they plan to block funding for a U.S. Embassy in Cuba. As a part of re-establishing diplomatic ties with the country, President Obama said he plans to put an embassy within the country.

According to CNN, the spending bill Obama signed Tuesday night included funding for the U.S. facility in Havana, Cuba, but "GOP leaders are discussing whether to strip that money out as part of their debate on spending bills early next year."

Finally, Republicans have said they will block any nomination of a U.S. ambassador to Cuba. So what can the White House do to overcome all this GOP opposition?

President Obama can limit the embargo through executive action, but only Congress can completely get rid of it. And, as we said before, Congress can block funding for the embassy and can prevent nominees from becoming ambassadors.

And regardless of who you side with, this statement from Sen. Rubio is almost certainly true.

"I anticipate we’re going to have a very interesting couple of years discussing how you’re going to get an ambassador nominated and how you’ll get an embassy funded."