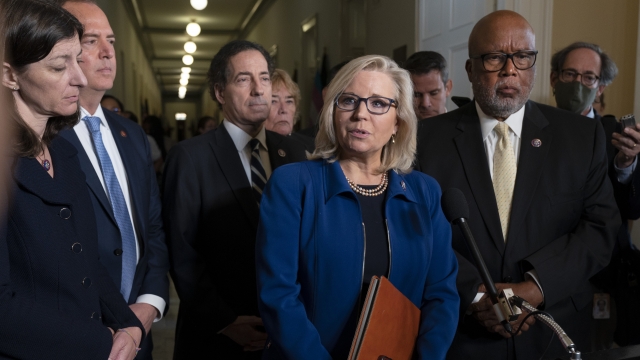 "I remember thinking there was a very good chance I would be torn apart or shot to death with my own weapons,” Metropolitan Police Department Officer Michael Fanone told the panel.

“All of [the rioters] were telling us, 'Trump sent us,’” Gonell testified.

“It was not Antifa. It was not Black Lives Matter. It was not the FBI. It was his supporters that he sent them over to the Capitol that day,” he continued.

Some of the officers’ own body camera video was also shown publicly for the very first time.

But the hearing wasn’t without controversy; it occurred with no Republican members appointed by Representative Kevin McCarthy, the House Minority Leader.

The panel’s two Republicans, Liz Cheney of Wyoming and Adam Kinzinger of Illinois, are both frequent critics of former President Trump, and were both appointed by Speaker Pelosi.

Last week, the Republican Leader announced he was pulling his five picks for the Democrat-controlled panel, after Pelosi rejected two of them.

"Speaker Pelosi will only pick on people onto the committee that will ask the questions she wants asked,” McCarthy alleged Tuesday morning, calling the committee, “a sham that no one can believe."

But amid partisan jabs, the Capitol Police’s new chief saying in a statement, he was “proud of the officers who had the courage to share their stories.”

Tuesday’s hearing was just the first in what could be a lengthy investigation, as the committee has no time limit and is allowed to meet as many times as it wants before releasing its report, which could be years away.

Hours after the hearing came a much-needed break for the cash-strapped U.S. Capitol Police, which is slated to run out of payroll funds in mid-August due to high overtime costs in the wake of January 6th.

On Tuesday afternoon, Senator Patrick Leahy, the Vermont Democrat who chairs the Senate Appropriations Committee, and the Committee’s Vice Chair, Senator Richard Shelby of Alabama, reached an agreement on a security supplemental which would send over $70 million to bail out the department, and send retention bonuses to officers.

The bill still needs approval from both chambers of Congress and President Joe Biden to avert a potential funding gap.