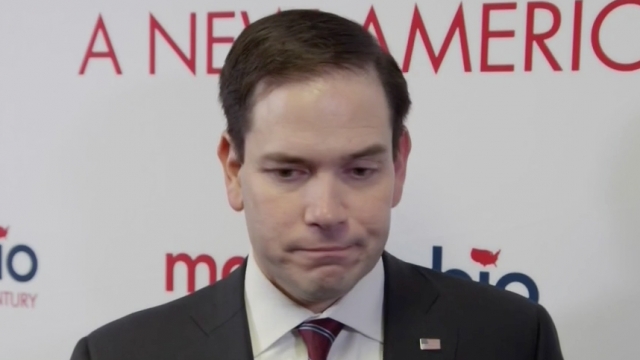 Sen. Marco Rubio is finding it harder to support the GOP presidential nominee if it's Donald Trump.

"I still, at this moment, continue to intend to support the Republican nominee, but it's getting harder every day," Sen. Marco Rubio told reporters when asked about GOP presidential front-runner Donald Trump.

How did the GOP establishment's best hope go from looking happy to looking so down?

Blame Donald Trump, who flirted with a possible third-party run at the beginning of the race.

"You can't say tonight that you can make that pledge," Fox News' Bret Baier asked at the first GOP debate.

"I cannot say I have to respect the person if it's not me, the person that wins," Trump answered.

To stop that, the Republican National Committee had candidates sign a pledge to support the GOP nominee, no matter what.

But almost no one predicted this, or this and definitely not this.

So despite Rubio's personal beliefs, he will have to support a Trump GOP nomination.