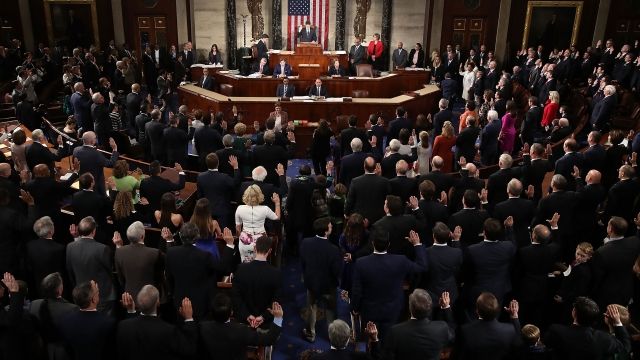 It could be used to slash pay to just a buck.

House Republicans have dusted off an old rule that could change a federal worker's pay to just a buck. Let me explain.

It's called the Holman Rule, named after William Holman — an Indiana congressman during the 1800s. It allows any lawmaker to add an amendment to any appropriations bill to target the funding of a program. That amendment could even change the pay of an employee to as low as a dollar.

The rule was dropped in the '80s. But Republicans decided to re-introduce it this year as a part of a larger rules package during Congress' first week back.

And the rule's reinstatement is apparently freaking out some federal workers, with some thinking it could be used as political retribution.

How Trump Could Get Rid Of His Business Conflicts Of Interest

Trump will have to take some big steps to appease his critics.

It doesn't help that Donald Trump's transition team asked for a list of people who worked on climate change from the Energy Department — that already had people spooked.

But GOP leaders say the rule increases accountability and would be part of the president-elect's promise to "drain the swamp."

House Majority Leader Kevin McCarthy told reporters this was a way to make good on that promise, saying, "It allows people to get at places they hadn't before."

But no matter what, any amendment using the Holman Rule would have to go through the normal legislative process which is, you know, easier said than done nowadays.