One Of Trump's Judicial Nominees 'Won't Be Moving Forward' 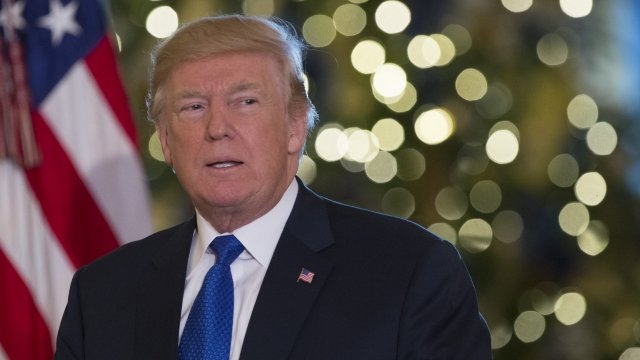 A key GOP senator urged the White House to reconsider two judicial nominees. Now it appears one of those nominations won't move forward.

One of President Donald Trump's judicial nominees will reportedly "not be moving forward" in his confirmation.

That announcement comes a day after Senate Judiciary Committee Chairman Chuck Grassley told told CNN he is opposing the nominations of Brett Talley and Jeff Mateer, and that he'd asked the White House to reconsider.

Grassley didn't go into details, but members of both parties have scrutinized the two nominees.

So far, the president has nominated 50 judges for lifetime appointments.

Talley, a Justice Department official, has never tried a case, and the American Bar Association rated him as "not qualified" for the position.

He also didn't disclose that he's married to a White House lawyer — which is a potential conflict of interest — on his Senate questionnaire, and concerns were raised about his ability to be impartial.

Mateer has made controversial anti-LGBTQ statements. He's also fought against nondiscrimination protections for the LGBTQ community.