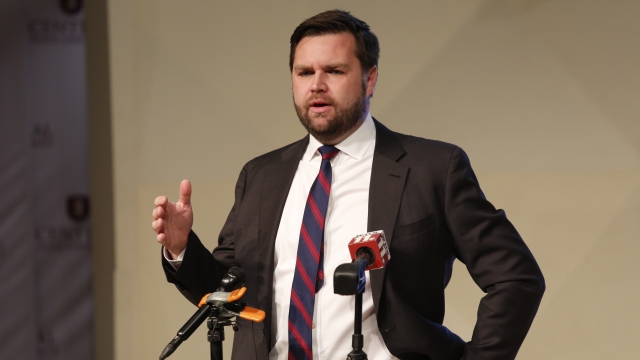 Republican candidates in Ohio have spent a lot of energy and money tying themselves to the former president and unproven claims of election fraud.

"We'd love to have the president's endorsement," Vance said. "I think it would be really decisive, actually, in this race."

Vance, the bestselling author of the book "Hillbilly Elegy," did not originally support the former president and made negative comments about him before Trump won the White House in 2016.

Now he forcefully backs the former president, asking voters for forgiveness for his prior comments.

"People like President Trump, rightfully so, they think he did a great job, and they want to understand … What did I think in 2015 [and] what do I think today? That's a totally reasonable thing. I don't think [my previous comments are] a liability with President Trump himself. I think he and I have a pretty good personal relationship," Vance continued.

Republican candidates in Ohio — like many in Senate primaries around the country — have spent a lot of energy and money tying themselves to the former president and unproven claims of fraud in the 2020 election.

But Republican State Sen. Matt Dolan has taken a different path — running a decidedly un-Trumpian race for the rare vacancy.

Dolan is loath to talk about the 2020 election or mention the former president's name.

"People don't want to re-litigate the 2020 election," he said. "It's not about President Trump. I'm just the one saying, 'No, I'm not going to Washington to re-litigate the past." I'm going to stop the current crisis and prepare for tomorrow's opportunities."

Dolan is polling toward the back of the pack, but his messages is resonating with at least some Republicans in northwest Ohio.