More GOP Women Are Running For The House Than Ever Before 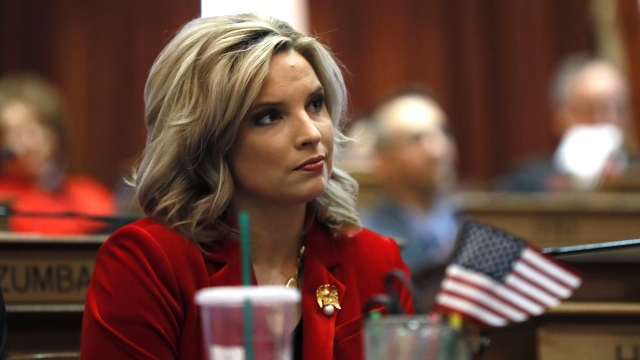 In 2018, the number of Republican women in the House actually went down—from 23 to 13. This year, GOP women seek to recover lost ground in Congress.

More Republican women than ever are running for the House in 2020.

"The reason why I'm running is because I'm tired of chaos and dysfunction. I got tired of talking about it and wanted to do something about it," explained Ashley Hinson, the Republican running for Iowa's 1st Congressional District against incumbent Democrat Abby Finkenauer.

"My grandmother was the first woman ever elected to Dallas City Council and that was in 1957, so I have been around trailblazing women and I think it's been disappointing to not see that reflected in the U.S. House of Representatives from a Republican women's perspective," said Republican Genevieve Collins, who's running to unseat Democratic Rep. Colin Allred in Texas' 32nd Congressional District.

This year, over 200 Republican women have pursued House seats, eclipsing the previous record of 135, set in 2010.

The milestone comes after the 2018 midterms powered a historic number of women to Congress. Few, however, were Republican. That same year, the number of GOP women in the House actually dropped from 23 to just 13. The dip led Republicans to invest more resources into recruiting women.

"We need to do better at making sure that we're helping and supporting Republican women as candidates," Rep. Liz Cheney, R-Wyo., told CBS several weeks after the 2018 midterm election.

Women like Collins, a first-time candidate who previously ran an education technology company.

"The fact that there's only 13 Republican women means that our voices, our perspectives and our experiences are not able to help shape policy, and also really help move the needle down the line to really make an impact," said Collins.

And Hinson, who after serving two terms in the Iowa State House, set her sights on Capitol Hill.

For Republicans, electing more women is about more than control of the House. It's about countering the narrative that women are turning on the GOP under President Trump — a major focus of the 2020 Republican Convention.

"We must make sure that women are heard," First Lady Melania Trump said last month while addressing the convention.

Kellyanne Conway, a senior adviser to the president, said at last month's convention, "A woman in a leadership role still can seem novel—not so for President Trump."

But the vast underrepresentation of women in Congress is not unique to any one party. In fact, women of all political stripes remain underrepresented in elected offices across the country.

Both Hinson and Collins are locked in competitive races against first-term Democrats. Hinson's Iowa district is considered a "toss-up," and Collins' in Texas "likely Democratic" by the Cook Political Report.

"It's about time that our voices and perspective are brought to the table and that Congress looks like a better representation of the people of this country on many levels," said Hinson.

Collins noted, "Women are tired of waiting for someone else to step up, and I think that what we're seeing more of with Republican women."