It's Official — California Is Out Of The Drought 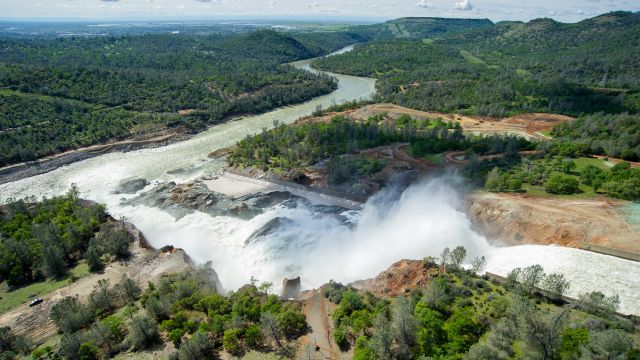 But the governor is still urging Californians to continue their water conservation efforts.

In 2015, California's snowpack was at just 5 percent of its historic average.

Thanks in large part to a very wet winter, the state's snowpack on March 30 was 164 percent higher than the historic average.

5 Planets Where The Weather Will Straight-Up Kill You

We haven't found any habitable exoplanets. We've found lots of highly uninhabitable ones, though.

Snow in the Sierra Nevada mountains is a major source of water for the state. On average, the melted snow provides about 30 percent of California's water needs.

Most of California is back to normal water levels, with some exceptions in the southern part of the state. But that doesn't mean Californians should start using water frivolously.

In his announcement, Brown pointed out, "This drought emergency is over, but the next drought could be around the corner. Conservation must remain a way of life."