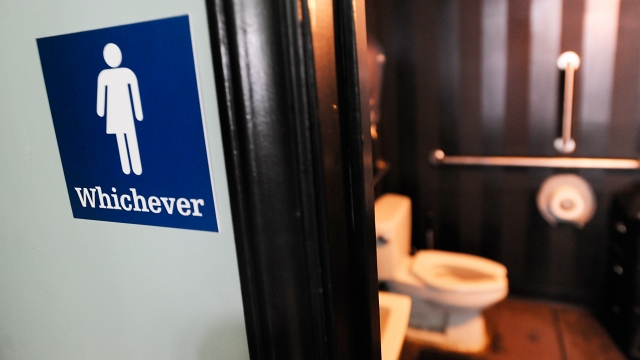 North Carolina Gov. Pat McCrory is dropping a lawsuit against the federal government over the state's controversial "bathroom bill."

North Carolina's controversial "bathroom bill" could be going down the drain.

Gov. Pat McCrory cited "substantial costs" as the reason he dismissed a lawsuit he filed against the federal government in May to see if the state's House Bill 2 is legal at the federal level.

The Department of Justice countersuit against North Carolina is still pending, and McCrory made it clear he'll still fight to support the law, which compels people to use the bathroom corresponding to the sex on their birth certificate.

The state initially sued after the government threatened to withhold education funding because it said HB2 violated the Civil Rights Act and Title IX. That, combined with pressure from within the state itself, put McCrory between a rock and a hard place.

The controversial bill is expected to cost North Carolina more than $100 million — the NBA and NCAA pulled planned events from the state, saying HB2 precludes them from including fans at their events.

That significant loss put pressure on state legislators to deal with the fallout. Several Republicans who initially supported HB2 now want it gone, and a plan to repeal it could be coming.

McCrory's office said state Republicans would be fine with repealing HB2 — as long as the city of Charlotte's LGBTQ protection ordinance, which is often cited as the catalyst for HB2, goes away, as well.

The Charlotte city council will discuss the local ordinance Monday. If it gets repealed and triggers the repeal of HB2, then all the lawsuits would likely disappear, as well.