Government Runs Out Of Cash, Shuts Down For The Second Time In 2018 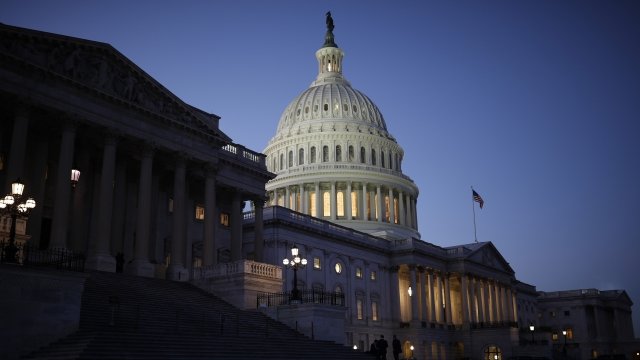 The U.S. government just shut down for the second time in 2018 after a stalemate over immigration and military spending.

The federal government has shut down for the second time this year.

The government ran out of cash when the clock ticked from Thursday into Friday. Lawmakers passed temporary funding in January amid another shutdown.

The shutdown comes as Congress clamors to debate immigration and military spending — both contentious issues that contributed to the stalemate before this shutdown.

Both the House and the Senate had come up with their own versions of a bill to keep things up and running, but neither saw the light of day before the lights of Congress ran out of juice.