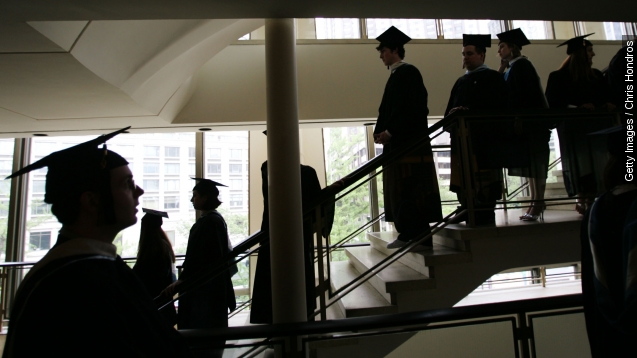 The federal government is forgiving the debt of students who attended now-defunct Corinthian Colleges as for-profit universities' popularity drops.

The Department of Education handed down a major victory to the students of now defunct Corinthian Colleges.

On Monday, Secretary of Education Arne Duncan said the federal government will relieve the student loan debt of tens of thousands of people who attended any of the school's now-shuttered locations.

"This morning, my office filed suit agains Corinthian Colleges in what can only be described as a for-profit college predatory scheme," said California Attorney General Kamala D. Harris in 2013.

Corinthian Colleges once enrolled more than 70,000 students across the country in 100 different locations. But the for-profit institution had been under scrutiny from federal and state regulators for years.

The final nail in its coffin came when it was fined $30 million for exaggerating job placement rates for graduates, which some say was a form of fraud because it led to students taking on a large amount of debt for an education that wouldn't pay it back. (Video via KTLA)

More than 350,000 students have taken out a loan to attend a Corinthian College since 2010, meaning the government could be biting the bullet on about $3.5 billion in debt.

The reputation of for-profit colleges is already hurting, and the troubles at Corinthian Colleges haven't helped.

The University of Phoenix, the nation's largest for-profit college, has seen its enrollment cut in half since a 2010 report from the U.S. Senate.

That report outlined a whole host of abuses against students including predatory lending and offering poor academic quality.

In fact, Consumerist reports all six of the biggest for-profit schools listed in that report have seen a decline in numbers over the last five years.

On July 1, the Obama administration will put in place new rules holding for-profit universities more accountable for their students' career success. Federal funding could be cut off if those colleges can't show that graduates earn enough to pay off debt.