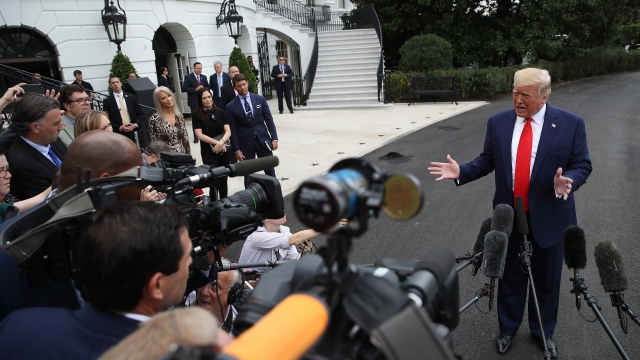 A statement from three lawmakers says the documents and information presented by the State Department Inspector General "raise troubling questions."

State Department Inspector General Steve Linick met with Congressional staffers on Wednesday. He didn't provide details about the urgent topic of discussion, but lawmakers who reviewed the information did.

A statement from Reps. Eliot Engel, Adam Schiff and Elijah Cummings says the documents and information presented "raise troubling questions." They said that people inside and outside the Trump administration pushed conspiracy theories and disinformation to further President Trump's personal political interests.

The trio of lawmakers also said the president and his allies targeted specific individuals, including the former ambassador to Ukraine Marie Yovanovitch.

Engel, Schiff and Cummings are leading the House's impeachment investigation, and they said this new information increases the need for the Trump administration to cooperate by providing documents and interviews.