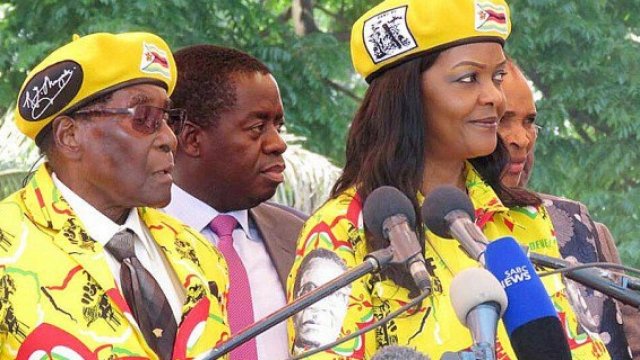 A university vice chancellor has been arrested for abuse of office in relation to Mugabe's questionable degree.

The vice chancellor of the university that issued the degree has been arrested on charges of criminal abuse of office. Faculty had petitioned for Mugabe's degree to be revoked.

Grace Mugabe is married to former President Robert Mugabe and was seen as his chosen successor before his ouster last year. She received a Ph.D. from University of Zimbabwe in 2014 despite only being enrolled for a few months. Her thesis only publicly appeared this year.

Mugabe used her doctorate title on campaign material when she seemed to position herself to take over for her aging husband.

That plan backfired when the military took over the capital Harare and oversaw President Mugabe's resignation and the appointment of his former vice president as the country's leader.