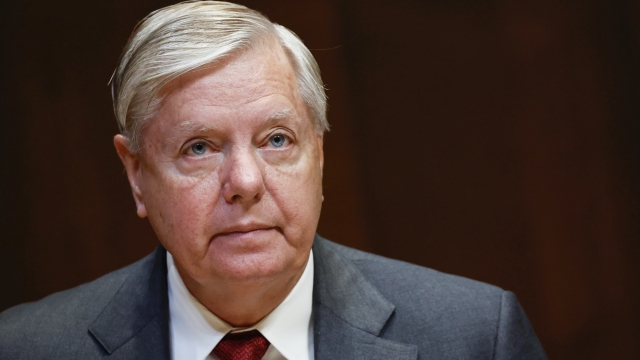 Attorneys want to know the details of a phone call between Graham and the Georgia Secretary of State shortly after the 2020 election.

U.S. Sen. Lindsey Graham has formally appealed a judge's order requiring him to testify before a special grand jury investigating whether former President Donald Trump and others illegally sought to overturn his 2020 election defeat in Georgia.

The South Carolina Republican's appeal had been expected following a judge's Monday ruling that he comply with prosecutors' efforts to compel him to testify Aug. 23 about his phone calls to Georgia Secretary of State Brad Raffensperger and his staff in the weeks following the election.

Graham's appeal was made the same day that another Trump associate, former campaign attorney Rudy Giuliani, spent roughly six hours before the special grand jury. The former New York mayor spread false claims of election fraud in Fulton County as he led efforts to challenge the election results in Georgia.

Met by an Associated Press reporter at the airport as he returned to New York on Wednesday, Giuliani said that he had "satisfied his obligation under the subpoena" from prosecutors but gave no further details of his testimony.

Fulton County District Attorney Fani Willis has indicated she is interested in the details of a phone call between Graham and Raffensperger shortly after the 2020 election. At the time, Raffensperger said that Graham asked if he had the power to reject certain absentee ballots and that he interpreted the question as a suggestion to toss out legally cast votes.

Graham also "made reference to allegations of widespread voter fraud in the November 2020 election in Georgia, consistent with public statements made by known affiliates of the Trump Campaign," Willis wrote in a court filing.

Graham has argued that calls were part of his duties as chair of the Senate Judiciary Committee, with his legal team — which includes former Trump White House counsel Don McGahn — arguing that Graham's position in Congress protects him from having to appear before the grand jury.

Willis opened her probe into post-election actions by Trump and his allies after the disclosure of a remarkable Jan. 2, 2021, phone call between Raffensperger and Trump in which the then-president suggested the state official could "find" the exact number of votes that would be needed to flip the election results in Georgia.

Denying any wrongdoing, Trump has described the call as "perfect."

Georgia Gov. Brian Kemp, meanwhile, had received a subpoena to appear before the special grand jury on Thursday. But his lawyers on Wednesday filed a motion to quash it, and Fulton County Superior Court Judge Robert McBurney said the governor doesn't have to appear while that motion is pending, Kemp spokesperson Katie Byrd said.