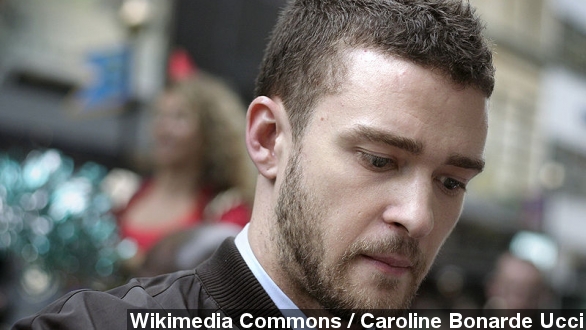 The results are in, and the 2014 Grammy nominees are surprising. At least, they are for Justin Timberlake.

The results are in, and the 2014 Grammy nominees are ... surprising. At least, they are for Justin Timberlake.

Sure, JT did snag a grand total of seven nominations at the Grammy Nominations Concert Live event Friday night — but he was effectively shut out of the top Grammy categories, including album, song and record of the year. (Via ABC / "Jimmy Kimmel Live")

Which seems a little strange because the singer's latest album, "The 20/20 Experience," is one of the best-selling albums of the year. (Via The Huffington Post)

And he accompanied his comeback album with two wildly successful tours, back-to-back multiplatinum hits with "Suit & Tie" and "Mirrors" and deals with the likes of iTunes and Target. (Via Sony Music Entertainment / Justin Timberlake)

So after all of Timberlake's big accomplishments in the last year, it's definitely shocking that he doesn't even have a chance of taking home one of those bigger awards during the 56th annual Grammy event.

But hey, at least he's is in the running for best pop vocal album, best pop solo performance for "Mirrors" and best R&B song for "Pusher Love Girl." (Via Detroit Free Press)

And he shares four more nominations with rapper Jay-Z for their collaborations on "Suit & Tie" and "Holy Grail." Not too shabby. (Via S. Carter Enterprises / Jay-Z)

Speaking of Jay-Z, he came out on top Friday night as the Grammy leader with a grand total of nine nominations, including best rap song, best rap album and best pop duo/group performance. (Via BBC)

Another surprising snub was Kanye West's "Yeezus." The album is in the running for best rap album, but West's name was notably missing from the album-of-the-year nominations. (Via Roc-A-Fella Records / Kanye West)

Other notable nods? Seventeen-year-old New Zealander Lorde scored a chance to win song of the year for her hit "Royals." And Sara Bareilles will battle Kendrick Lamar, Macklemore & Ryan Lewis, Taylor Swift and Daft Punk for album of the year. (Via ​E!, WPEC)