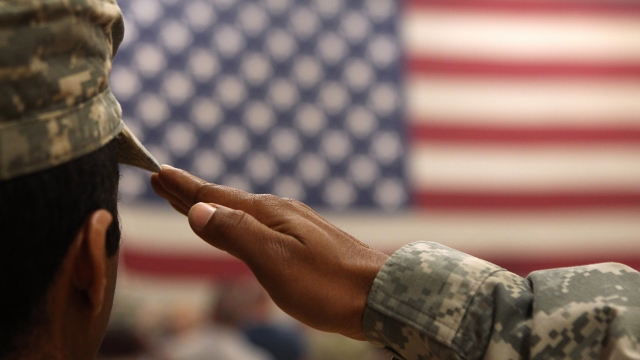 At least 11 U.S. troops have been injured or killed in suspected attacks by Afghan troops since June 10.

Two suspected insider attacks have hit U.S. troops in Afghanistan — just as Pentagon officials are deciding whether or not to send more troops to the country.

On June 10, an Afghan army commando killed three U.S. soldiers and wounded another. The Taliban claimed responsibility for that attack.

The Taliban also claimed responsibility for an attack on a Afghan military base that left well over 100 troops dead. That was one of the deadliest Taliban attacks on an Afghan army base to date.

An airstrike targeting ISIS fighters reportedly killed over 100 civilians, more than 40 of whom were children.

Another attack on June 17 left seven U.S. troops wounded. It's also suspected to be a so-called "green-on-blue" attack — when Afghan troops turn on their U.S. and NATO counterparts.

In between those two attacks, Department of Defense Secretary Jim Mattis confirmed he'd been given the authority to set troop levels in Afghanistan. He told the Senate Armed Services Committee, "We're not winning in Afghanistan right now," but insisted he didn't plan on changing troop deployments just yet.

Still, there have been several reports that the Trump administration may send another 5,000 troops to Afghanistan. The U.S. has around 8,400 troops currently deployed to the country. More than 2,000 have died there since 2001.