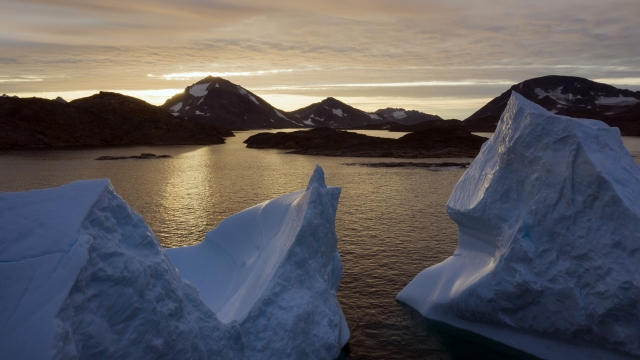 The melting ice is caused by global warming and contributes to global sea level rise and dangerous flooding along coastlines.

To understand just how much 586 billion tons of ice melt is, a new study says it's enough to cover California in more than four feet of water. It's more than 140 trillion gallons.

Greenland is melting faster than ever. The latest record has shattered 2012's record of 511 billion tons of ice loss. Scientists say this is a direct consequence of climate change.

What's more, the melting ice contributes to a rise in the sea level, which could lead to dangerous flooding along coastlines. Last year, Greenland's melt alone added 0.06 inches to global sea level rise. That may not seem like much, but NASA ice scientist Alex Gardner said "in our world, it's huge, that's astounding."

Additional reporting by Seth Borenstein of The Associated Press.