Grieving Fans Petition To Bring McDreamy Back To 'Grey's' 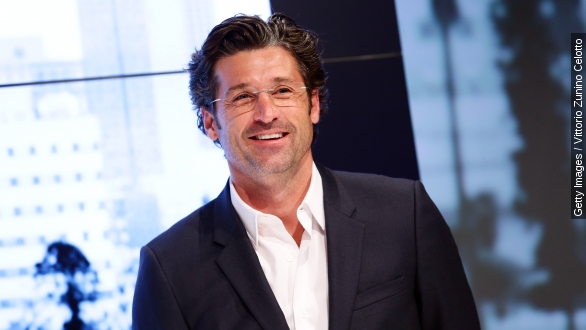 Thousands of fans signed a Change.org petition, asking creator Shonda Rhimes to bring back Derek Shepherd after he was killed off on "Grey's Anatomy.

We've had a couple days to recover from the shocking death on "Grey's Anatomy."

Some avid viewers are using their grief to try to bring change to the long-running show, though, by creating a Change.org petition to bring McDreamy back.

In a passionate letter to the show's creator, the petition says, "It's like you've killed the President of Grey's Anatomy! The Fans are ready to serve you papers and charge you with the Patriot Act! ... People are not sleeping nor eating because of this tragic turn of events."

Initially, the petition was going for 15,000 supporters, but was pretty much there by Monday morning. It's now increased to needing 25,000.

But Dempsey doesn't seem particularly heartbroken himself. Talking about his exit, he told Entertainment Weekly, "It just sort of evolved. ... It really was something that ... just naturally came to be. ... I like the way it was all played out."

Thankfully, it doesn't sound like Dempsey is gone from TV for good. He told Entertainment Weekly he's been in talks with NBC about a new spy thriller.