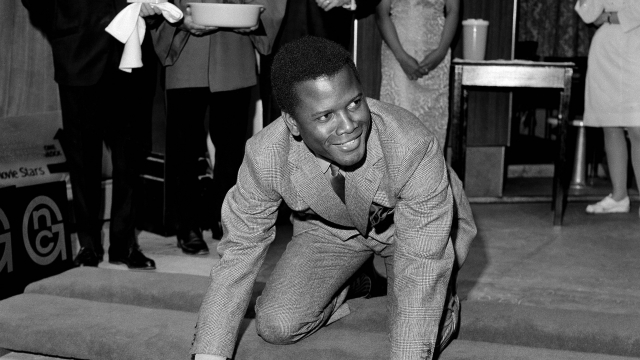 Poitier died Thursday in the Bahamas, according to the country's acting director general of the Ministry of Foreign Affairs.

Sidney Poitier, the groundbreaking actor and enduring inspiration who transformed how Black people were portrayed on screen, became the first Black actor to win an Academy Award for best lead performance and the first to be a top box-office draw, has died. He was 94.

Poitier, winner of the best actor Oscar in 1964 for "Lilies of the Field," died Thursday in the Bahamas, according to Eugene Torchon-Newry, acting director general of the Ministry of Foreign Affairs in the Bahamas.

Remembering The Life And Legacy Of Legendary Sidney Poitier

Bahamas Foreign Minister Fred Mitchell spoke with Newsy about the passing of his close friend.

Few movie stars, Black or White, had such an influence both on and off the screen. Before Poitier, the son of Bahamian tomato farmers, no Black actor had a sustained career as a lead performer or could get a film produced based on his own star power. Before Poitier, few Black actors were permitted a break from the stereotypes of bug-eyed servants and grinning entertainers. Before Poitier, Hollywood filmmakers rarely even attempted to tell a Black person's story.

Poitier's rise mirrored profound changes in the country in the 1950s and 1960s. As racial attitudes evolved during the civil rights era and segregation laws were challenged and fell, Poitier was the performer to whom a cautious industry turned for stories of progress.

Groups are working to correct past oversights of Black films, with diversity efforts allowing preservationists to better uncover forgotten history.

He was the escaped Black convict who befriends a racist white prisoner (Tony Curtis) in "The Defiant Ones." He was the courtly office worker who falls in love with a blind White girl in "A Patch of Blue." He was the handyman in "Lilies of the Field" who builds a church for a group of nuns. In one of the great roles of the stage and screen, he was the ambitious young father whose dreams clashed with those of other family members in Lorraine Hansberry's "A Raisin in the Sun."

Debates about diversity in Hollywood inevitably turn to the story of Poitier. With his handsome, flawless face, intense stare and disciplined style, he was for years not just the most popular Black movie star, but the only one.