The Case For Merit-Based Immigration Reform 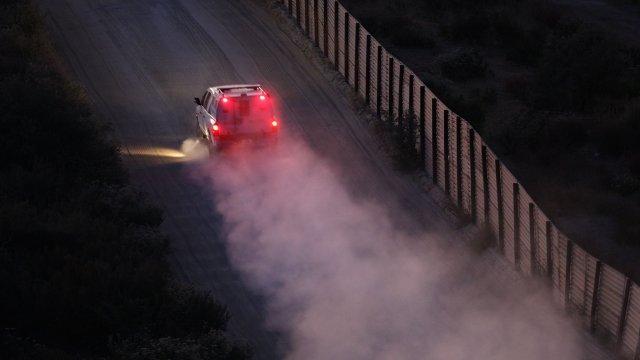 Groups like FAIR want the U.S. to move away from a system that favors immigrants' family members. That's an incredibly controversial stance.

Immigration reform has been one of the most toxic topics in Washington, D.C., for years now. Very few deny the current system needs to be fixed, but very few critics agree on how to accomplish such a massive task. Groups like FAIR — the Federation for American Immigration Reform — want the government to give more weight to immigrant applicants who  demonstrate more initial value to the U.S. This includes the ability to speak English, higher levels of education and more.

The interview that follows features FAIR's media director, Ira Mehlman. Mehlman and Newsy's "The Why" host Chance Seales talk about the benefits and challenges of implementing any new immigration system, especially one that would so dramatically change the current system.

Making Sure Toddlers Don't Represent Themselves In Immigration Court

The fate of immigrant children who cross the U.S. border without a parent often rests in their own hands. KIND makes sure they have representation.

Get a deeper understanding of stories that matter with Newsy's "The Why" — weekdays 7-9 p.m. ET.