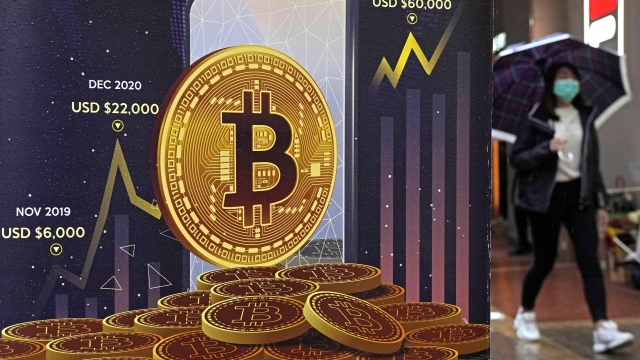 While more people have started to learn about options in the crypto world, it also lets scammers create new opportunities to seize some of your coins.

Cryptocurrency has always been a currency of choice for cybercriminals when demanding ransomware payments from companies, But it's also quickly becoming the payment method of choice for scammers targeting everyday citizens.

According to a recent Federal Trade Commission analysis, more than 46,000 people reported losing a combined $1 billion in cryptocurrency to scams between January 2021 and March 2022. Cryptocurrency made up a quarter of all dollars reported lost — more than any other kind of payment method demanded by fraudsters.

Since 2021, more than $575 million of all reported cryptocurrency fraud losses were around fake investment opportunities where scammers promise huge returns for upfront crypto investments.

Steve Belcher was caught in a crypto scam through a dating app. He says he lost $1.6 million, his life savings.

"It was so well put together," Belcher said. "It's devastating. I mean, emotionally, physically, there was days that I didn't want to get out of bed."

Often, victims — including those who may not understand how crypto works — will be directed to send a payment directly to a scammer's wallet, where it cannot be easily recouped or returned by enforcement agencies.

"I know that some really talented law enforcement agencies and intelligence groups have been able to claw back especially large ransomware payments and some fraud cases," said Sherrod DeGrippo, Vice President, Threat Research and Detection at Proofpoint, Inc. "That's not trivial, and you're not going to put that much effort into crimeware. They just can't go get back every piece of bitcoin."

According to the FTC, nearly half of people who lost crypto in a scam said it started with a post on social media. In about 60% of those cases, the scam originated on Meta's Facebook or Instagram.

"These are all places where they are preying on people's knowledge of something going on with cryptocurrency," Pierson said.

Even though cryptocurrency prices are at some of their lowest points in years, experts told Newsy that they don’t expect these scams to go away. They say that if you hear about a crypto scam online and think it’s too good to be true, it probably is.

"This is the perfect means by which cyber criminals can be paid," Pierson said. "We're not going to see any decline in that whatsoever."