Gruber Gets Fury From All Sides At Healthcare Hearing 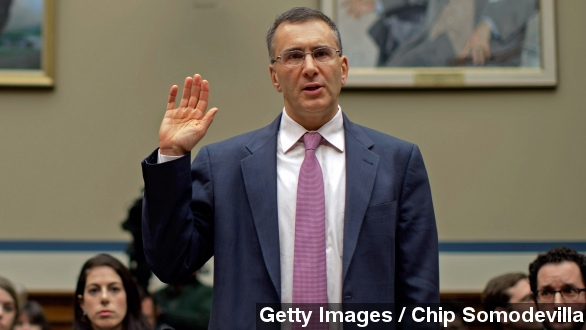 The former Obama administration adviser apologized for citing the 'stupidity of the American voter' as motivation for healthcare reform's passage.

Depending on your political leanings, Jonathan Gruber is either the face of a bad law or a whipping boy for misplaced opposition to Obamacare. But neither party at Tuesday's House Oversight meeting went easy on him.

"Not to my knowledge," Gruber said.

"As far as I can tell, we are here today to beat up on Jonathan Gruber for stupid, I mean, absolutely stupid comments he made," Senior Democratic Rep. Elijah Cummings said.

Gruber is a professor at MIT and a former adviser for the Affordable Care Act and for Mitt Romney's healthcare law in Massachusetts. But lately he's known more for this.

"Call it the stupidity of the American voter or whatever, but that was really critical to getting the thing to pass," Gruber said in recently surfaced video.

Which has made him a target for Obamacare's critics and an embarrassment for supporters. So much so that Democrats are literally trying to distance themselves from him.

The Health and Human Services department requested that its own Marilyn Tavenner not be seated next to Gruber at Tuesday's hearing. The two were there to speak about different issues in the health care law, but Oversight Chairman Darrell Issa did not oblige.

The only positive development for Gruber on Tuesday was the fact that his hearing fell on the same day the Senate released a summary of its CIA torture report, which some conservative pundits considered a little too convenient.

"I find it ironic that they're dropping this report on the same day that Gruber's testifying," Fox News' Jessie Watters said.

As for Gruber, he apologized profusely Tuesday in front of the committee, saying he was arrogant in his comments and that his own flaws should not affect how Americans view health care reform.